The History of Long Hair & Wigs for Men

We know how wigs came into being in Great Britain and throughout Europe – we’ll get back to that in a minute. 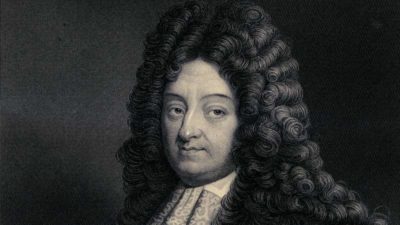 complete baldness centuries and millennia before that. In ancient Greece and Rome, for example, there were good and not-so-good aspects of a man sporting long hair. Women with long hair, for example, exemplified the height of femininity. Men, on the other hand, often wore wigs to cover up premature balding or some type of skin ailment. Back then, people of lesser means could not afford the cure. So, if you were a man fortunate enough to sport a wig, you were immediately recognized of having a higher degree of social status.

Long hair on American Indian men – then and now – also is not an accident. Instead, their beliefs around long hair, as many of their beliefs, were and remain tied to earth and nature. By tradition, long hair ties them to Mother Earth whose hair is long grasses. Many Native Americans believe their hair is a physical manifestation of the growth of the spirit, and some say it allows for extrasensory perception and connection to all things.

By contrast, many tribes cut their hair following a death in the family, thus expressing deep sadness and a physical reminder of the loss. The cut hair represented the time with their loved one, which was over and gone while new growth represents life ahead.

Life in 17th Century Europe and Beyond

Back in the 17th Century, King Louis XIV of France, also known as the Sun King, was an extremely vain man. He commissioned over 300 royal portraits of himself to commemorate his reign. However, his physical appearance did not always match the image he had in his mind of a strong and powerful leader.

King Charles II of England was also a fan of French wig fashion. After all, he had spent several years in exile in France during Oliver Cromwell’s reign. To cover his prematurely greying hair, Charles II began wearing wigs in a similar style to King Louis XIV and brought the trend to England upon his return to the throne.

The term “bigwig” originated at this time. British nobility would spend upwards of 800 shillings on elaborate hairpieces. Only the rich and powerful could afford the “big wigs” as a display of their status and wealth.

If a man wanted a hairpiece to keep up with the latest styles, step one was to completely shave his head for the peruke – as wigs were then called – to fit properly.

Wigs were practically impossible to care for at home. They smelled horribly from the wearer sweating and attracted lice. Men used powder to cover flaws in the appearance and odor of their wig. This powder was often made of cornstarch and was scented with orange and lavender. Wigs needed to be sent back to the wigmaker regularly for de-lousing, which was done by boiling the hairpiece.

Since the wearing of wigs was due, in part, to the desire to cover up balding or splotchy hair, rashes, sores, and other ailments, eventually medical science came to the rescue and made wigs far less purposeful.

The fashion of longish male hair hasn’t disappeared, however. Neither has sensitivity to hair thinning and balding. That’s where we come in – DiStefano Hair Restoration Center. Long or short, we can help you maintain or regain the long you want – the look that makes you feel the best about your own appearance. To learn how, contact us today for a free consultation. And we promise – powdered wigs are not one of our treatment methods.