The Function of Human Hair

There is an entire industry dedicated to the removal of hair. Every day, women 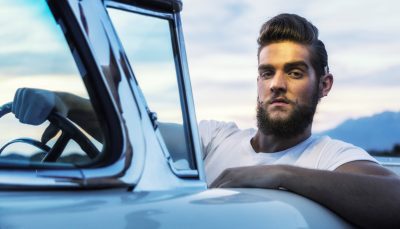 and men alike spend time and money to remove hair from their faces, arms, legs, head, and so on. Yet hair serves some important functions depending on its location. Follow along as we explore the function of human hair.

Compared to other primates, we have very little hair on our bodies. According to anthropologists, humans once had a thicker protective coating of hair over their entire bodies. Its function was to regulate body temperature, protect skin from the sun, and offer a barrier of sorts from foreign objects that could cause harm to the skin or body. Over the course of human evolution, we traded our ‘fur coats” for significantly smaller amounts of body hair. Scientists have offered up several explanations over the years, with most research pointing to thermoregulation – in other words, keeping cool. Less

In addition to the hair on our heads, arms, legs, face, and inside our nostrils, humans have axillary (underarm) and pubic hair. This hair is a hormone-induced secondary sex characteristic that develops during puberty. During puberty, males also grow hair around the upper lips, chin, and jaw line caused by testosterone production. This hair is also a secondary sex characteristic. The type and amount of hair an individual has varies from person to person and is determined by genetics, race, and age.

The location of hair typically dictates its function. Hair on the head protects the scalp against the damaging effects of the sun and helps regulate body heat. Eyebrows and eyelashes help keep foreign objects out of the eyes, and the hair lining the nostrils and ear canals help act as a filter catching dirt, dust, debris, and even insects. Our hair is also connected to touch receptors in the skin, acting as a warning mechanism that senses touch.

But let’s face it, hair is not purely functional – it adds beauty, offers a form of individual expression, shows our age (or helps disguise it), and is even used to convey cultural, political, and social statements. And for some, lack of facials or head hair (whether due to aging, pattern baldness, scarring, or other factors) can have devastating consequences. Individuals experiencing hair thinning or loss may notice a lack of interest in social activities, lowered self-esteem, depression, nd can suffer professionally.