How Fast Does Hair Grow?

On average, the hair on your head grows about half an inch per month. Seems surprisingly slow when you think about how quickly that 5 o’clock shadow or 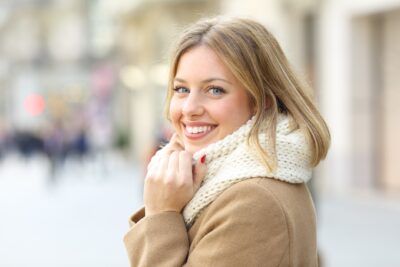 leg hair stubble starts to appear after shaving. Yet the rate at which hair grows varies from individual to individual and can be influenced by several factors.

Genetics – The active phase of hair growth, the anagen phase, typically lasts between two to six years before shedding. Your genetics play a role in determining how long this phase lasts which ultimately translates into hair length. What’s more, male and female pattern baldness is largely hereditary and a person’s genetic predisposition to this type of hair loss increases the time it takes for the hair to grow.

Ethnicity – The follicles for Black, Asian, and Caucasian hair are vastly different and these differences dictate the characteristics of the hair and the rate at which it grows.

Hair Color – While there is no hard evidence that suggests hair color plays a role in growth rate, there are a few important findings to note. Redheads tend to have the least amount of hair on their heads, about 86,000 strands while blondes top out at 145,000.  Blond hair tends to be finer and more prone to breakage, making it seem like it doesn’t grow as fast as red or brunette.

Gender – Though it may seem like men’s hair grows longer and faster than women’s, there is no known biological difference. However, because women’s hair is exposed to more harmful hair care products and routines, it is more prone to damage and breakage, making it seem like it doesn’t grow as fast as men’s hair.

Climate – Believe it or not, climate can contribute to how quickly your hair grows. In warmer climates or during the summer, we tend to become more physically active while our metabolism increases, thus affecting hormonal cycles. This shift can contribute to hair growth.

Regardless of your ethnicity, hair color, or how well you treat your hair, you can lose it – and enough to cause it to shed. If you’re concerned about what to do about significant hair loss, we’re the right people to talk to – DiStefano Hair Restoration Center.