Hair Styles Over the Decades

You can tell a lot about a person by how they wear their hair. In fact, hairstyles don’t just express fashion trends, they offer a glimpse into societal trends and current cultural norms. Hair can even be used to convey political statements. Today, no single hairdo or style appears to dominate like those of prior 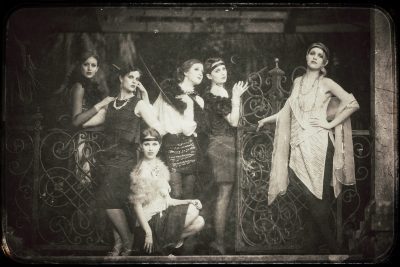 decades, but that is a trend of its own.

Follow along as we explore the fascinating history of women’s hairstyles through the decades in North America.

The beginning of the 20th century was characterized by the transition from confined hairstyles to loose top knots or fluffy bouffants for a soft, effortless, and more natural look. Dubbed the Gibson Girl hairstyle, it was one of the most popular styles amongst middle and upper class women.

The Jazz decade brought about the Bob, a hairstyle trend created by Irene Castle. Castle was a famous ballroom dancer who supposedly cut her hair short just before undergoing surgery for appendicitis. She did so thinking short hair would be easier to care for as she recovered. Once the public saw her short cut, they went wild and so the Castle Bob was born.

Named for French stylist François Marcel, Marcel waves were created by using a heat iron to crease the hair into a wavelike pattern, pinching it into an S-shape at the crease, and using bobby-pins and pomade to keep the curls in place. This hairstyle was favored by Myrna Loy and Jean Harlow.

The 1940s saw a dramatic loosening of the Marcel waves of the 30’s, resulting in “femme fatale” or “peek-a-boo” waves that covered one side of the face for a sensual, glamorous, and mysterious look. It was a trademark hairstyle of Hollywood stars such as Rita Hayworth and Veronica Lake.

In the 1950s, a variety of shorter hairstyles were trending once again. These 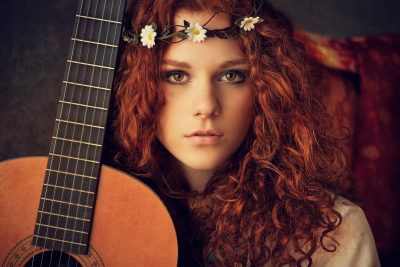 The sixties were marked by the sky-high beehive, the flipped Bob (think Jacqueline Kennedy), the Bombshell, pixie cuts, afros, and hippie hair. Hair became a symbolic representation of the social changes occurring in the 1960s

The 1970s (and even late ‘60s) saw the popularity of the afro – a hairstyle that became a symbol of Black identity. It was a form of expression and communication for the Black community. Additionally, the feathered look became popular for both men and women, comprised of long, layered, bouncy waves.

One of the most popular styles of the 1990s, the “The Rachel”, made popular by the F.R.I.E.N.D.S star Jennifer Anniston. It was characterized by mid-sized bangs and layering. Braids as well as sleek, straight styles were also popular at the time.

The beginning of the 21st century saw a variety of hairstyles like the half-up, half down with a pouf, the return of the Bob and pixie cuts, as well as the addition of the emo look – a jagged, eye-covering banged hairstyle.

While we don’t know what the next eight years will bring, this decade embraces a more natural look, with women embracing their hair types.

If you’re unable to take part in any fashionable hair styling because of thinning hair or bald spots, we can help get with the times and gain back some lost self-esteem. Simply contact DiStefano Hair Restoration Center for a free consultation and a good sense of how much we transform your appearance.