Baldness Cures from the Past That Failed

People have been searching for baldness cures for hundreds, if not thousands, of years. We’ve seen our fair share of failures along the way, but historical baldness blunders have paved the way for more effective hair restoration techniques.

Thomas Edison once famously answered a question in a head-spinning way.  When a reporter asked, “How did it feel to fail 1,000 times?” Edison replied, “I didn’t fail 1,000 times. The light bulb was an invention with 1,000 steps.” 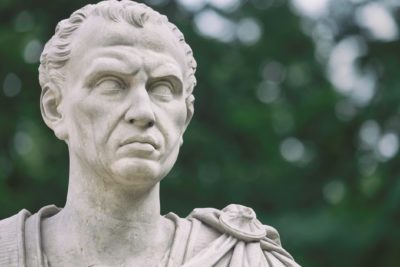 Talk about a positive spin! And yet, when you think about it, he’s perfectly right. Today, for example you write or type on paper and totally take it for granted. Yet paper comes from the papyrus plant. Do you think the Egyptians got it right on the first try? Or that papyrus was the one and only plant experimented on?

Well, so it goes for baldness cures and remedies, too. Sooner or later, mankind and technology got it. But not before some colossal failures occurred along the way.

Here’s a sampling of attempted cures for baldness you don’t hear about, and for good reason.

The Comb-Over – When Caesar first began losing his hair, he decided to grow it long in the back and brushed it over his thinning scalp; this might have been the invention of the comb-over. When that didn’t do the job, Cleopatra suggested a home remedy of ground horse teeth, mice, and bear fat. Sadly, this don’t deliver the results he was hoping for either, so he took to wearing a laurel wreath to cover his scalp.

Ancient Egyptian Cures – According to a medical text that dates back to 1550 B.C., suggestions for curing hair loss included porcupine hair boiled in water, sautéing the leg of a female greyhound and the hoof of a donkey in oil, and combining fats from crocodile, hippopotamus, tomcat, snake, and ibex.

Drastic Measures – Having personally battled with male pattern baldness, the ancient Greek Physician Hippocrates prescribed a topical solution of horseradish, opium, beetroot, spices, and pigeon droppings. No one’s sure if this concoction prevented anyone’s hairline from receding. Hippocrates also noticed that eunuchs never experienced hair loss, but it appears he did not include himself among the control group if, in fact, there was one.

Royal Fashion – Once popular in ancient times, toupees and hair pieces saw a revival in the 17th century by the likes of King Louis XIII of France, who wore a hair piece to cover his balding scalp. English and French nobles thought large, elaborate wigs peppered with white powder were all the rage, and the trend was adopted as a status symbol by wealthy American colonists. The trend faded after the American Revolution.

Snake Oil – In the 19th century, the U.S. saw an emergence of “snake oil salesmen” who masqueraded as doctors and claimed to have a solution for every possible ailment, including hair loss. One such tonic, the Seven Sutherland Sisters’ Hair Grower, was marketed by a sideshow family who were blessed with long, lush tresses.

Thermocap – Fast forward to the 1920s and be amazed by the Thermocap! All a busy man or woman with thinning hair had to do was relax under a bonnet-like gadget for 15 minutes a day and let the blue light and heat stimulate hair bulbs and work its magic. Unfortunately, it was a major flop.

And then there’s DiStefano Hair Restoration Center, a master of our craft, and highly successful in giving you back your natural looking, youthful appearance. To see if the time and circumstances are right for you, schedule your free consultation today.